CNN fires Marc Lamont Hill after he calls for a free Palestine “from the river to the sea” i.e. Israel’s destruction

CNN cut ties with contributor Marc Lamont Hill on Thursday after the Temple University professor made controversial comments regarding Israel at the United Nations. “Marc Lamont Hill is no longer under contract with CNN,” a CNN spokesperson told The Hill. Hill had urged countries to boycott Israel in a speech at the U.N. on Wednesday, calling for a “free Palestine from the river to the sea.” READ MORE

CONSERVATIVE REVIEW CNN contributor calls for Israel’s extermination, endorses violence against Jewish state CNN commentator Marc Lamont Hill spoke today at the U.N.’s “International Day of Solidarity with the Palestinian People,” an annual anti-Israel hatefest that props up Palestinian terrorists and is rife with calls for Israel’s extermination. In his speech before the United Nations in New York City, the CNN personality explicitly endorsed  violent Palestinian actions against Israel…Hill not only endorsed violence against Israel, he also called for its destruction. 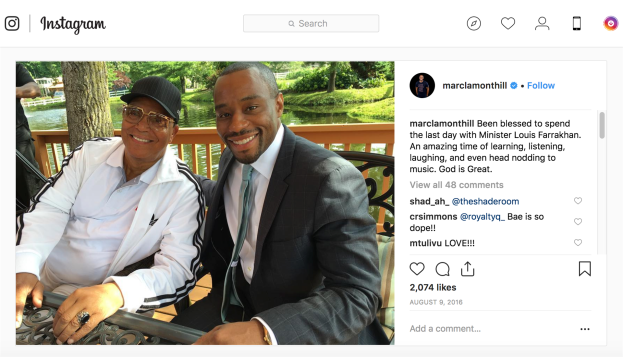